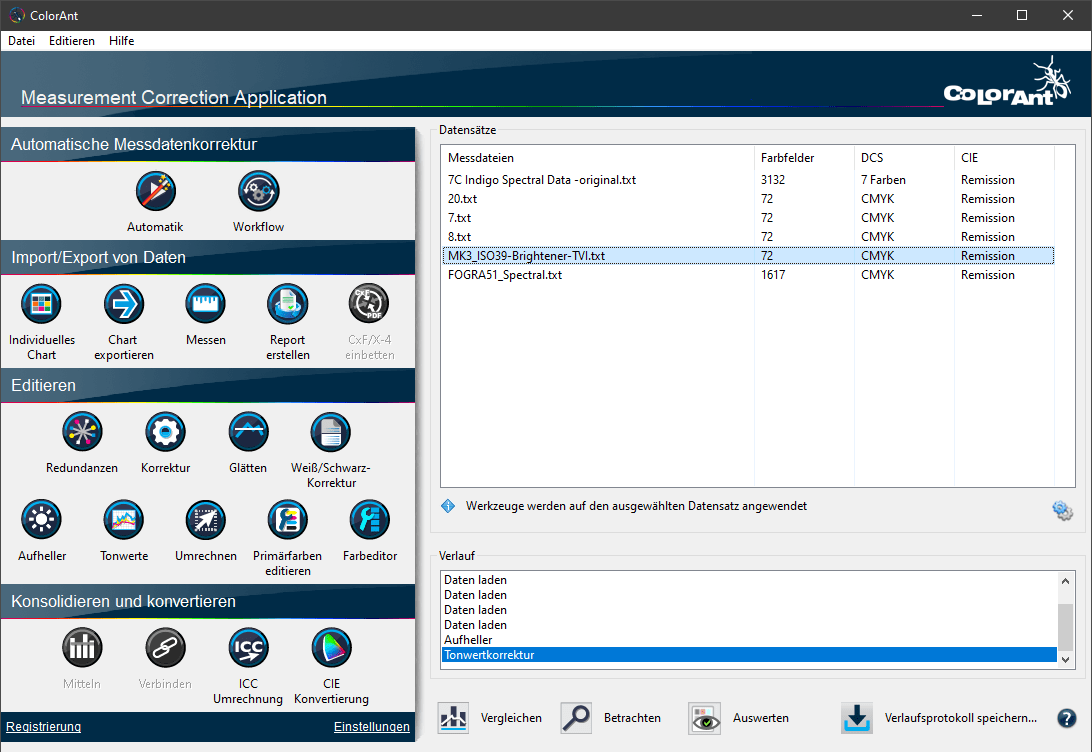 ColorAnt’s main window is divided into 3 sections: The Sidebar, Data Sets and History.

All tools are located and grouped by function on the left side in the Sidebar, measurement data is shown in the Data Sets section on the right-hand side upper window.

Tools applied to the measurement data show are shown in the lower right hand side History window.

Note: If no dataset is selected, the tools are applied to all opened datasets!

All ICC profile drop-down menus function as search fields. Simply type in some letters of the desired profile name and only those profiles containing these letters will be shown in the drop-down menu.

Measurement data can either be opened (File > Open) or dragged and dropped into the Data Sets window.

Note: If measurement data has been saved in an ICC profile (e.g., in profiles created by ColorLogic’s CoPrA), it can simply be dragged and dropped onto the Data Sets window. The measured values are then displayed. If the profile does not contain any measured values, an error message appears (Missing ICC Tag: Could not read color data from file).

Predefined data and recently opened files are also available from the File menu.

Note: This does not affect spot color data. It is still possible to load spot color measurement data containing thousands of colors.

Workaround for profiles without measurement data

The quality of the generated measurement data depends on the accuracy of the profile.

When opening a CxF file that contains multiple measurement conditions, a prompt automatically appears inquiring which of the contained data sets is to be opened.

Either select the desired data set or open All available data sets. 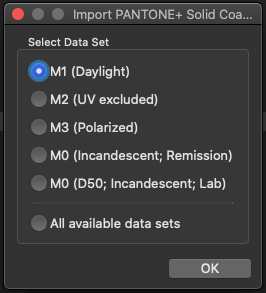 History: Shows the tools and corrections applied to the measurement data of each editing step and allows to switch between different editing states of a file. By clicking on an entry in the History window (either above or below the current status) an individual processing step can be accessed and checked, for example in the View window.

Double-clicking on an entry in the History opens a window that displays the settings that were applied to the data in exactly this step. This information can be saved as a PDF document using Save Log. 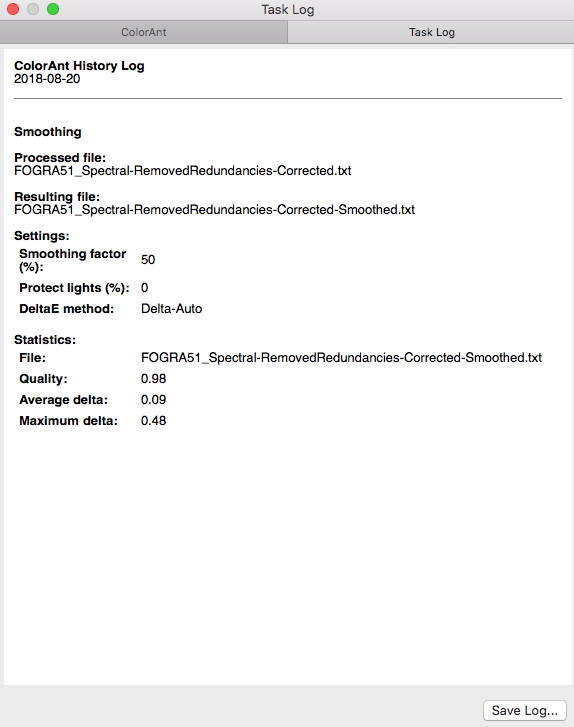 This has an additional advantage when averaging files using the Averaging tool. The averaging log contains a detailed report with sample colors that compares the averaged data with all files and provides useful statistics for process control, such as standard deviations (sigma, 2 sigma, 3 sigma) for Density, dE and dH/dL. This makes it easy to identify colors with large deviations. 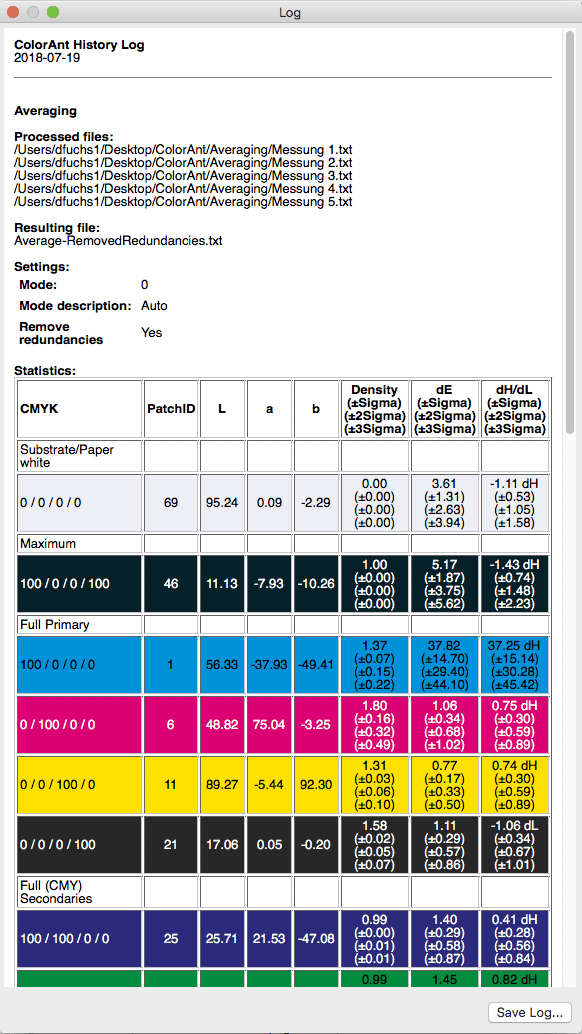 Save History Log: Saves all changes applied to all files to a PDF document. 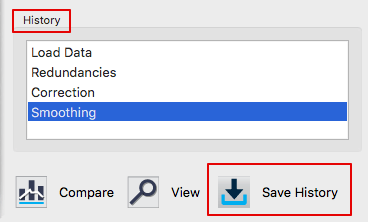 Evaluate can be used to check whether the proof measurement data from a media wedge fulfills the requirements for a contract proof according to ISO 12647-7 or a validation print according to ISO 12647-8.
In addition, a PSD evaluation can be performed using two different evaluation methods: “Side-by-Side” or “Media Relative”. Finally, a fully detailed report can be created with a pass/fail indicator.

Note: The Evaluate tool is available from ColorAnt L.

At the bottom of the sidebar, you can access the Registration page, where you can load and manage your licenses. Absolute or Relative Density can be set in ColorAnt’s Preferences.

The context menu can be opened with a right-click on a selected measurement file or the Gear icon and thus enables quick access to all tools of the Sidebar and the functions from the File menu of the menu bar.

Workflow
The Workflow feature enables automatic processing and optimization of measurement data. The application of various tools for data processing can be defined and adapted to the requirements of specific jobs, which means that measurement data can be automatically processed in a precisely specified manner.
Detailed information can be found on the Workflow page.

The Layout submenu contains options to rotate and mirror test charts and to change the overall layout.

Layout: Allows you to change the width and height of the color patches. For example, the number of rows in a chart can be defined by Height and the number of columns by Width. 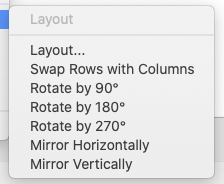 Filter Primaries: Extracts the primary colors from a measurement file.

Filter Corners: Extracts the corner points from a measurement file.

Filter CxF/X-4 Data: Extracts all values corresponding to the CxF/X-4 specification (e.g., the gradients of the primaries on white and black) from a measurement file.

Filter CxF/X-4 Data With Black Gradient: Extracts all values useful for CxF/X-4 including a black gradient from a measurement file.

Patches from Image: Creates an image-related test chart based on a loaded image by extracting the most common/important colors from that image. It can be accessed via the context menu or by dragging and dropping TIFF or JPEG files into ColorAnt’s main window. In the Patches from Image settings screen, select the number of desired patches for the test chart and whether the corner points should be added as well. 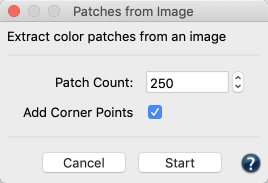 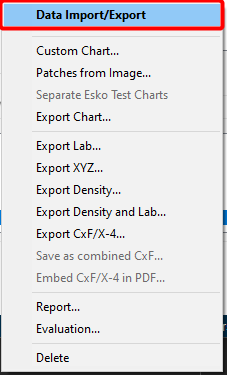 Export Lab/XYZ/Density/CxF/X-4: Data can be exported in the following formats:
Lab, XYZ, density in formats such as CGATS text files (txt) or Color Exchange Format (CxF3).
For more information on this format, see the help on Export CxF/X-4.

Delete: Removes the selected files from the Data Sets window. However, the files are not deleted from the hard disk.

Save as combined CxF
Combined CxF files may contain several measurement sets (e.g., spectral and Lab datasets) and can be generated directly in ColorAnt.
This function is only available when several files are loaded in the Data Sets area. Select all files which are to be combined in a single CxF file, then select Data Import/Export > Save as combined CxF and then the CxF format.

Note: A single dataset can be saved as a CxF file by using Save as. 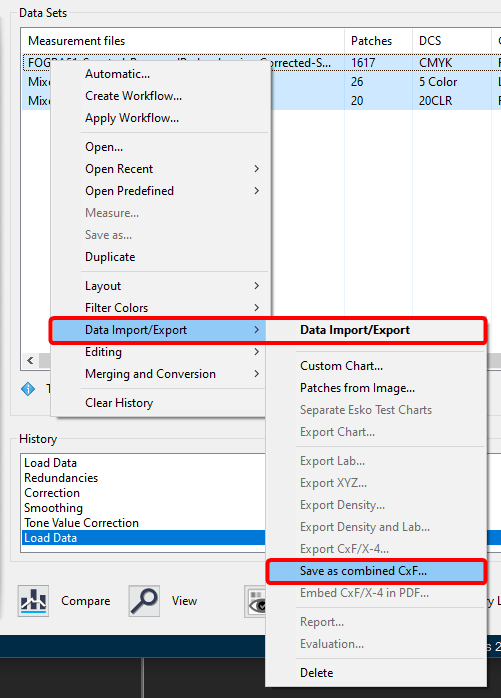 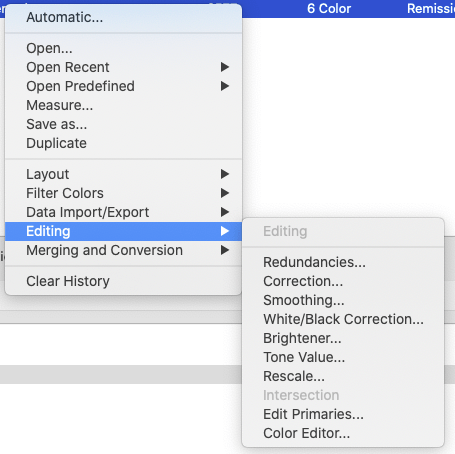 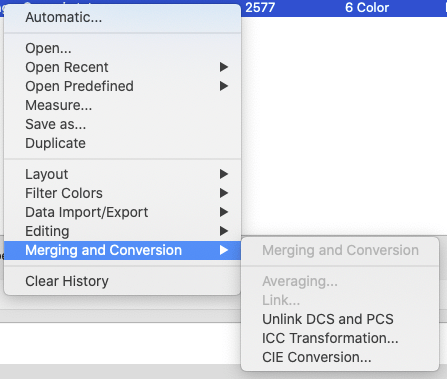 Clear History: Removes all entries in the History window. 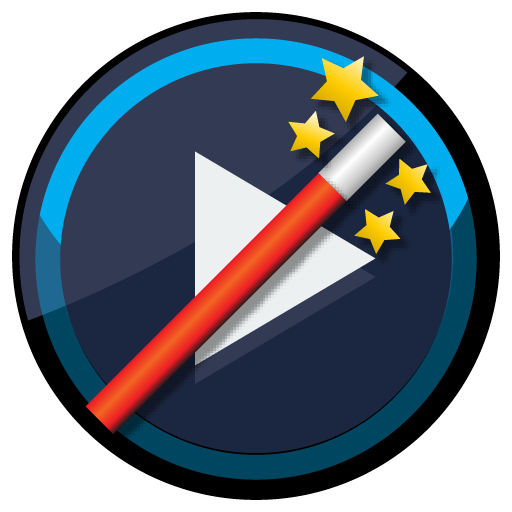 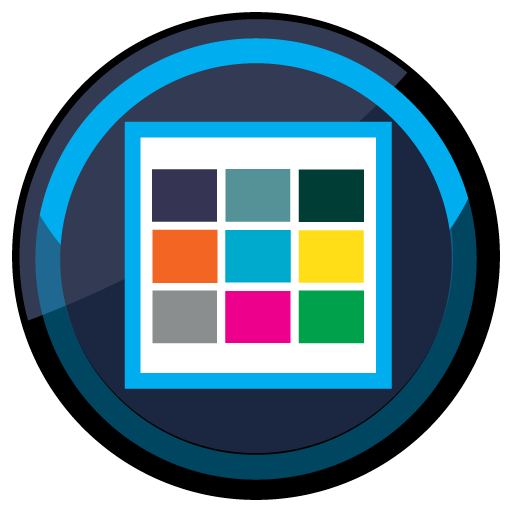 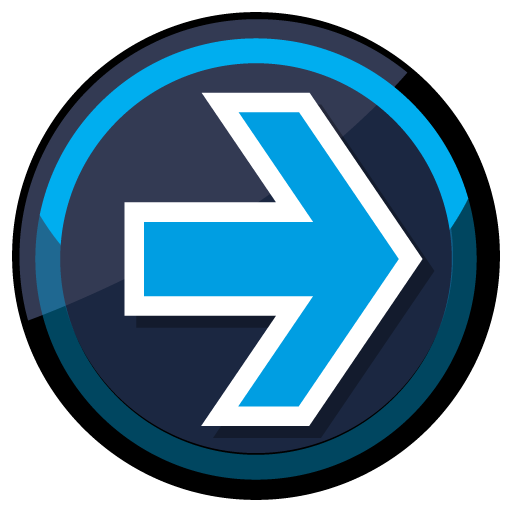 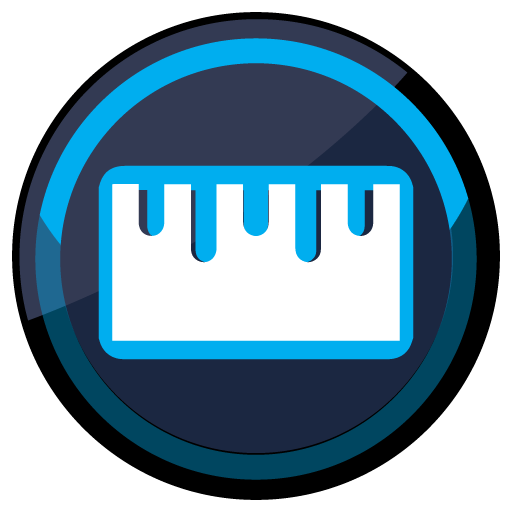 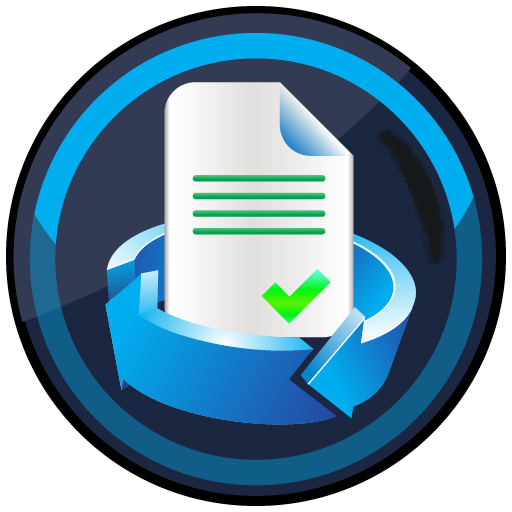 Detailed analysis of measurement data as PDF or XML file 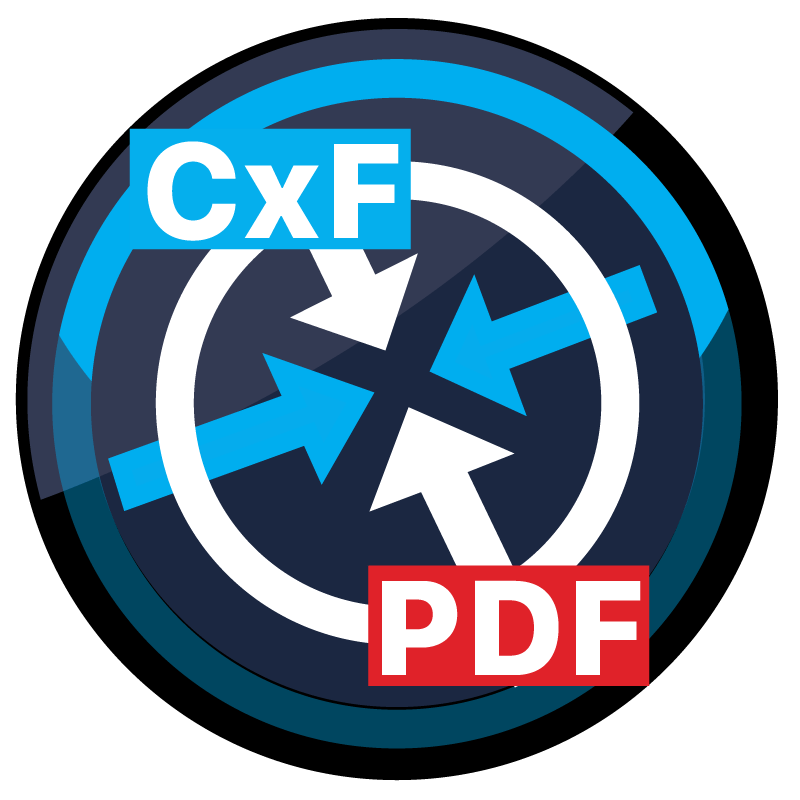 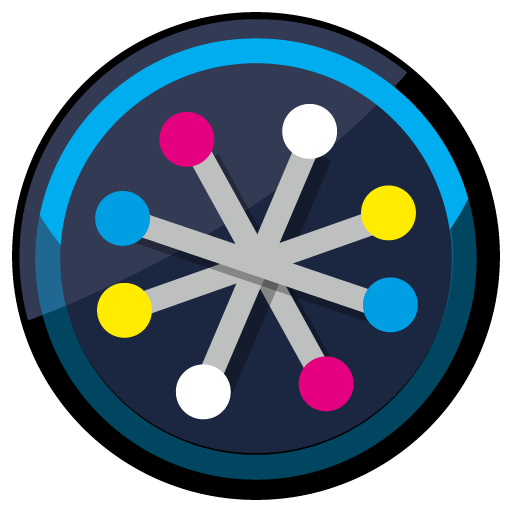 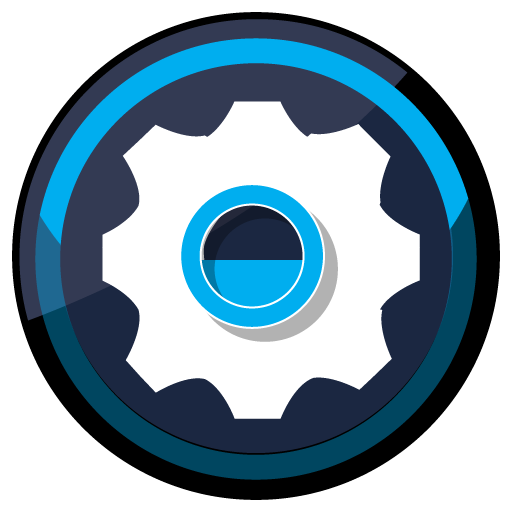 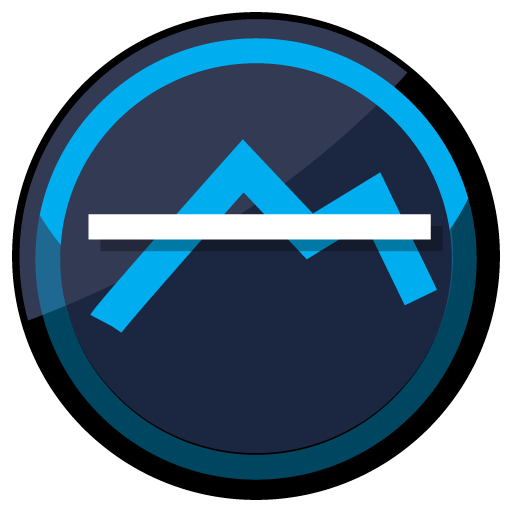 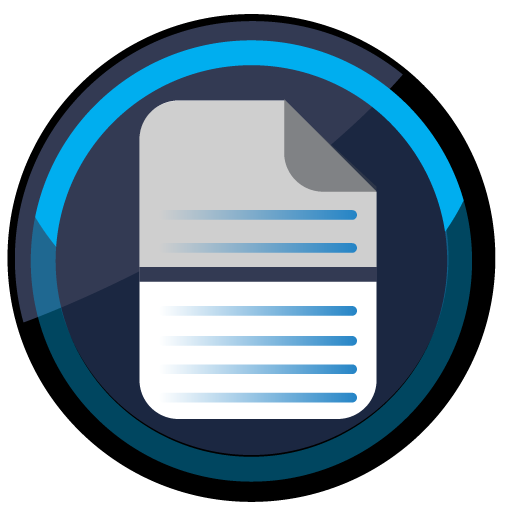 Adjust the black and white of measurement files 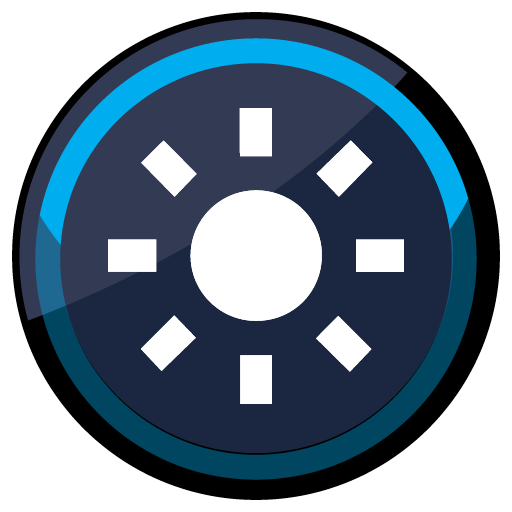 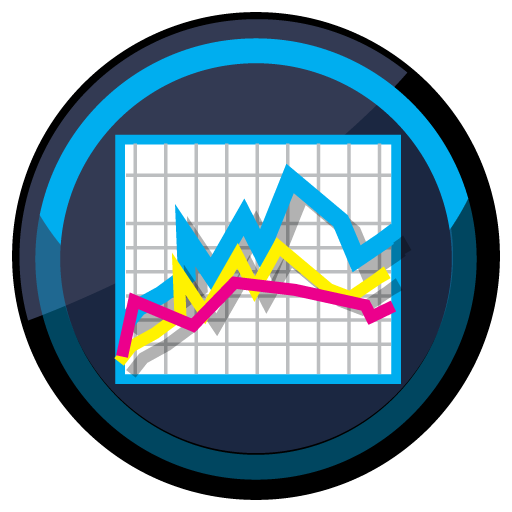 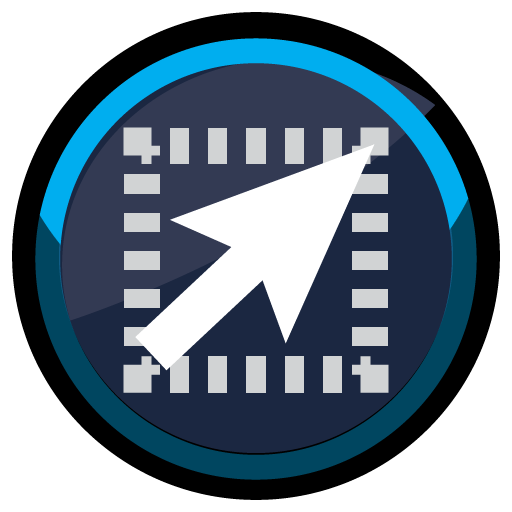 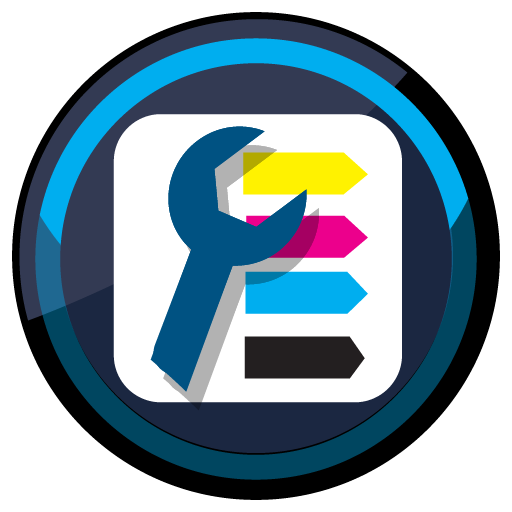 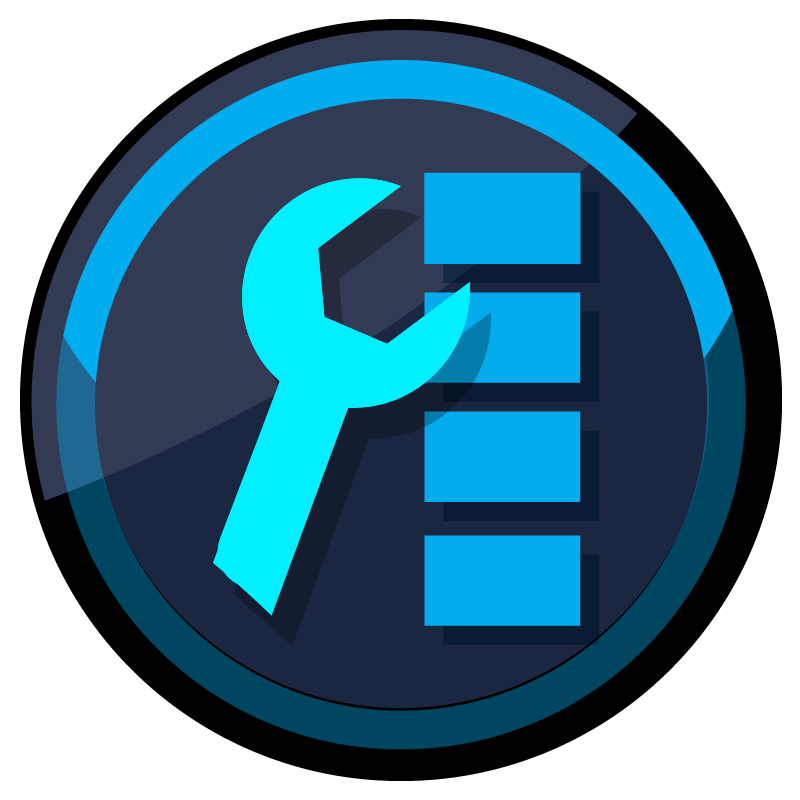 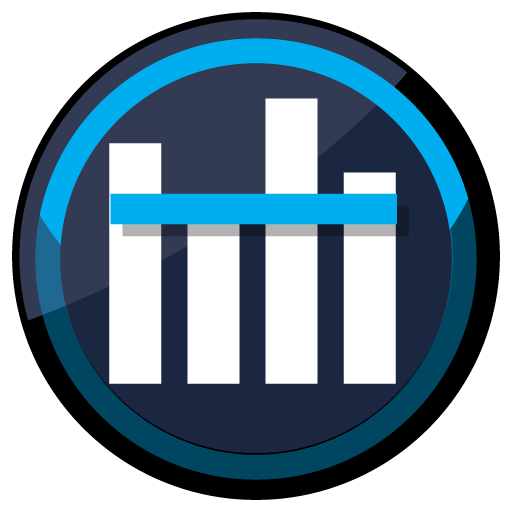 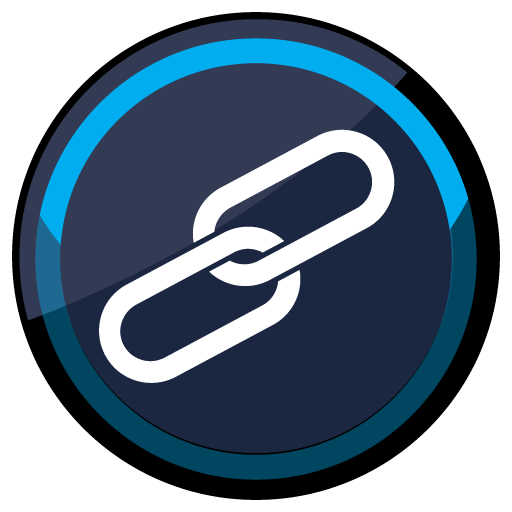 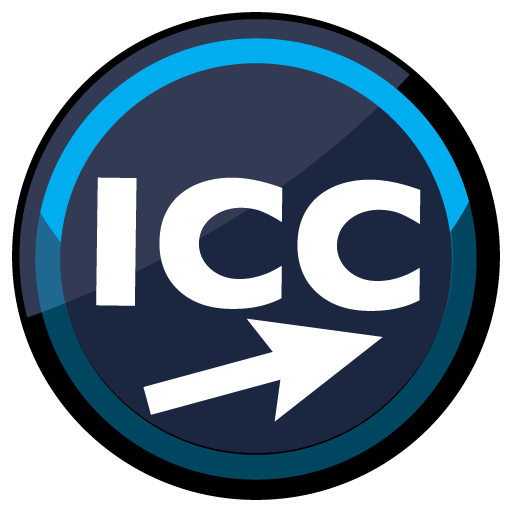 Comparisons and profile tests with printer and DeviceLink profiles 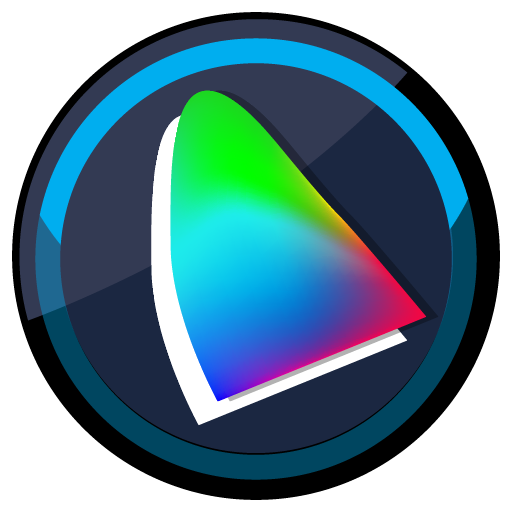 Change the observer and illumination

About: Calls the Registration. Contains information about the version and build number.
Preferences: Adapt ColorAnt to your requirements. Define the display of density, the tone value calculation, report settings and general settings.

Under File you can open, save or export data in various formats.

Save As: Saves files in the following formats:

Special features of the formats:
Named Color Profiles are special ICC profiles that are intended for spot color tables. They contain the CIE and DCS values in addition to the color name.
ACO and ASE files can contain either CIE or DCS values. Therefore, when saving in one of the two formats, a message appears to select which data should be saved.
CGATS files can contain different specifications in one file, e.g., measurements from different test charts or different color spaces. ColorAnt supports multiple tables in CGATS files. A typical use case would be the export of various Lab values of converted spot colors from the Spot Color Report feature in ZePrA and their import to ColorAnt for further inspection.

Duplicate: Creates a copy of the selected file.

Export Lab/XYZ/Density/CxF/X-4: Data can be exported in the following formats:

For more information on this format, see the help on Export CxF/X-4.

Tutorials/Sample Data
Link to the Tutorials website which contains a download link for Sample Data. With this data you can test or demonstrate the different tools of ColorAnt. You can download the sample data as an archive file (SampleData.zip).
The package also includes a PDF document that explains all the examples and how to use the sample data.

Save Support Data
If support issues arise, use the Save Support Data menu entry under Help to save support data and send it to a ColorLogic representative for assistance. This feature will gather the required information such as the operating system used, ColorAnt’s log file and the functions enabled when the issue occurred.